The Cities with the Best Rental Yields

This last year has been monumental for many reasons. Every corner of industry has felt the ramifications of the pandemic. Property investment, in particular, has been massively affected. However, unlike most other industries, property investment has been impacted in a positive way. The property investment market has had one of the most exhilarating years to date. It is not just house prices that have soared, but rental prices too. Buyer trends shifted and renting became cheaper than buying for the first time in six years. Consequently, this has had a significant effect on where the best rental yields are across the UK.

In order to know what the returns on your investment will be, you will need to measure the monthly rent against the overall value of the property. Rental yields, along with capital growth, are the two most important metrics for an investor to consider. Together, they make up the two income streams that property investment delivers. Rental yields and capital growth can alter depending on the current climate. According to HomeLet’s Rental Index, the average UK rental yield sits at 3.38%. Therefore, anything over that percentage can be considered a good rental yield. Data also showed that rental figures are at a record high. Compared to September 2020, the average UK rent has risen by 7.5%.

If you are a buy-to-let investor considering where to invest next, here are 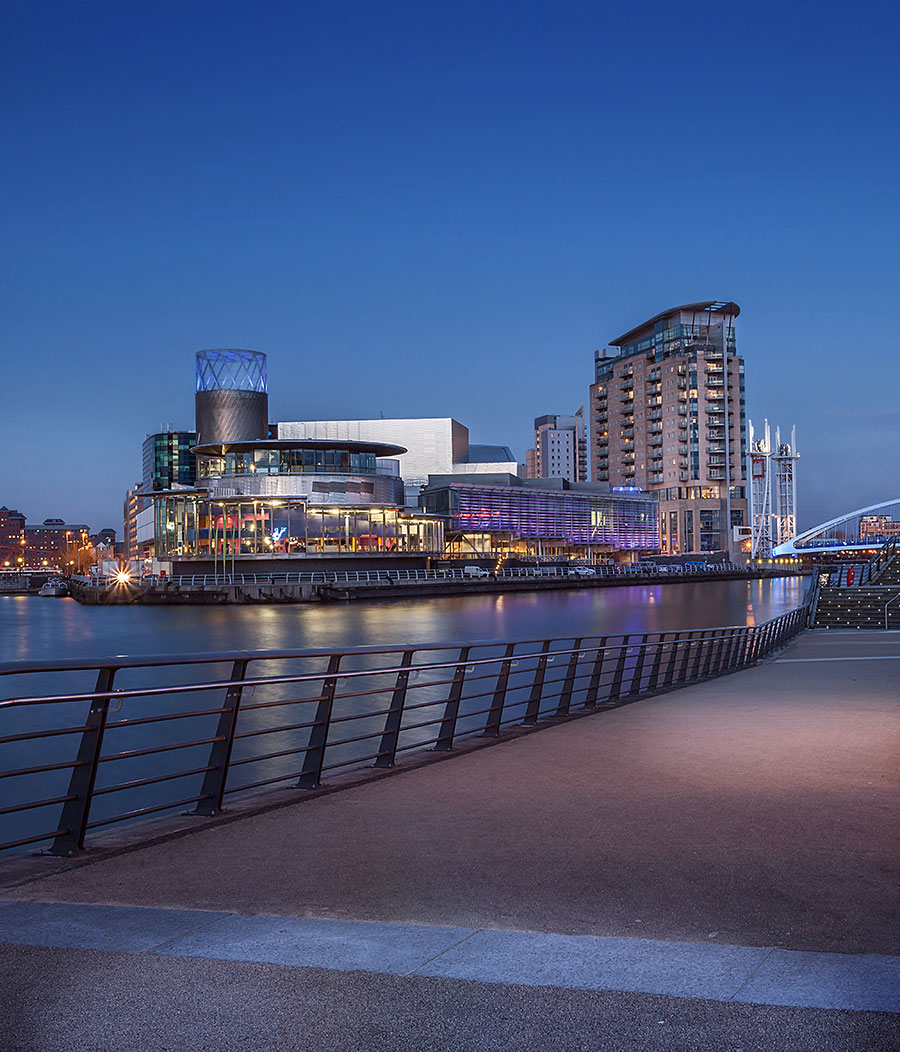 Hull has had a reputation of being a lacklustre city. However, this has all changed in the last few years. Modern-day Hull is extremely innovative and exciting. Most notably, Hull is becoming a global centre for renewable energy. The continuous regeneration projects led to Hull being named the UK City of Culture in 2017. Consequently, this title attracted more than five million people, £220m of investment, and 800 new jobs to the city. According to research published in the Evening Standard, Hull is one of the most affordable places to buy in the country. This is another huge selling point, as investors can expect to see significant capital appreciation. 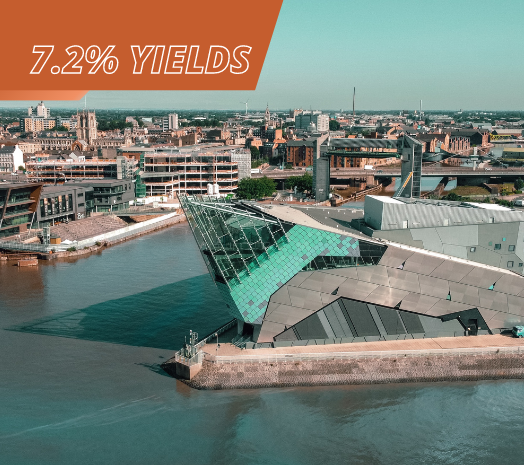 Liverpool’s main strength has always been its affordability. According to Zoopla, Liverpool’s average property price is £182,534, which has increased by 1.78% over the last 12 months. Also, tenant demand is extremely strong. In total there are six universities within Liverpool, which have a total enrolment of 70,000 students a year. As a result, with a high number of graduates choosing to remain in the city, Liverpool’s talent pool is extremely robust. This has attracted many businesses to relocate to the area, further strengthening the economy.

Liverpool’s affordability coupled with a strong rental market gives it some of the best rental yields in the country. In Totally Money’s list of top 25 buy-to-let UK postcodes, six of them were in Liverpool, at least double any other city. With some of the best rental yields reaching 10% in certain areas, this comes as no surprise. In the last year alone, average rental prices increased by a staggering 6.3%. 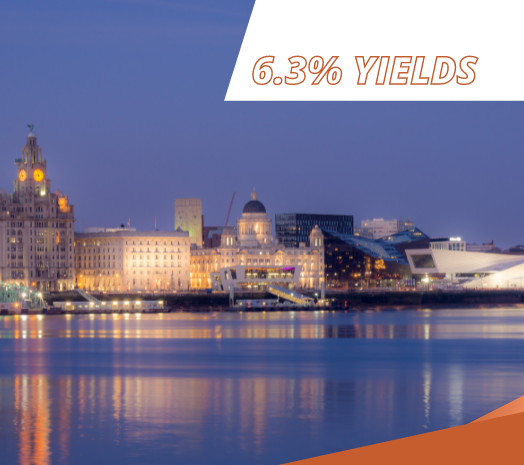 Sheffield is a city climbing the ranks. The Heart of the City II project has completely transformed the city’s image. From ‘Steel City’ to ‘Green City’, Sheffield has brushed away the dust of its industrial heritage. Dedicating much of its regeneration to sustainability, Sheffield is now a much more desirable place to live. With more and more people choosing to live a sustainable lifestyle, Sheffield is now the perfect place to invest. The huge regeneration projects have boosted demand significantly. While prices are still low, yields of 7% are achievable.

Outside the city centre in commuter towns, prices are much cheaper. The pandemic ignited a need for more space, both indoor and outdoor. Sheffield’s surrounding areas offer the perfect commuter haven, full of green space. As a result, demand in commuter towns has soared. For this reason, investors can expect to see rental yields of up to 7.7% in certain areas. 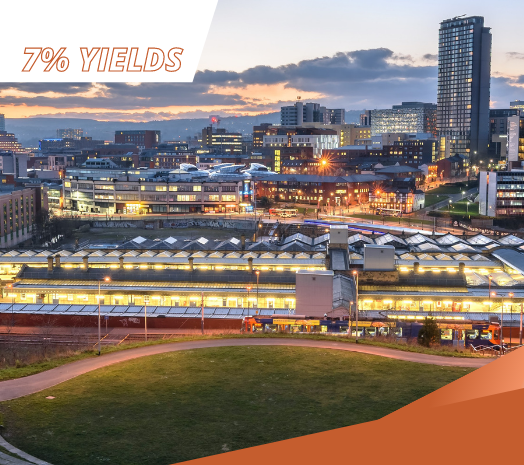 Birmingham has sustained and boosted its reputation as a fantastic buy-to-let city. Beginning with the Big City Plan, demand is continuing to skyrocket in the UK’s second city. This will only increase with the Commonwealth Games on their way in 2022.

One of the main reasons why Birmingham is such a great buy-to-let opportunity is because of its tenant demand. Research from Knight Frank has shown that Birmingham’s average income to average property price ratio is much better than many other UK cities. This is because Birmingham is attracting skilled professionals. The city is rapidly growing, bringing in plenty of new business and job prospects. Also, as rental demand dwindles in London, Birmingham houses the majority of London leavers. Consequently, the city is pulling in some of the best rental yields of up to 6%. 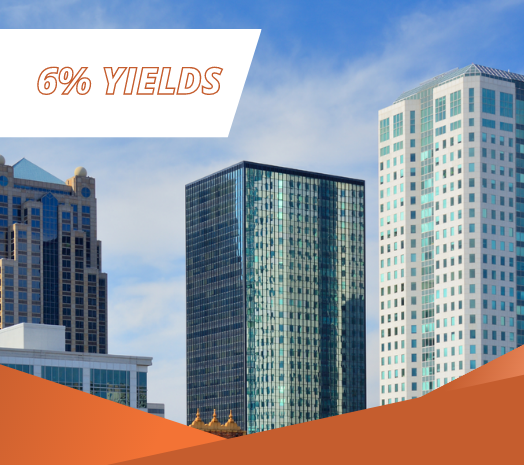 Known as the ‘Capital of the North’, Manchester is leading the Northern Powerhouse dynamic. It has one of the strongest rental markets not just in the UK, but in the world. It is one of the most popular investment locations, and for good reason. Private renters make up 31% of Manchester’s population. As a result, the city is never short of tenant demand. One of the main reasons for this is that Manchester is home to an array of employment opportunities. Employment rates in the city have grown by a staggering 84% across 13 years. This is a huge draw for aspiring professionals. According to JLL, rents in the city are expected to grow by 17.1% in the next five years.

Due to its growing population, the city also boasts some of the lowest vacancy rates in the country. Compared to London, prices are still relatively affordable. Investors are now looking towards Manchester as a much more profitable alternative to the capital. The combination of low prices and high demand means investors have access to extremely attractive rental yields, averaging 6.6%. 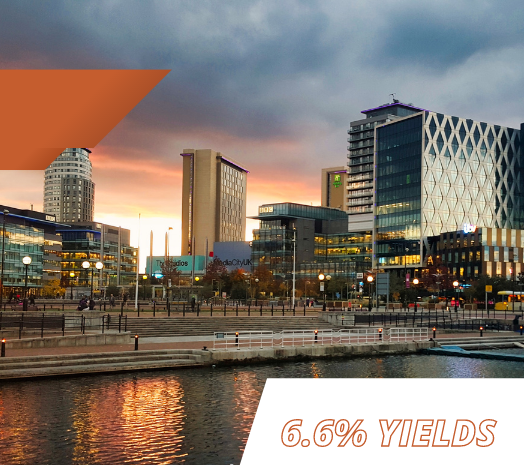 The Northern Powerhouse continues to present the best buy-to-let opportunities in the country. Birmingham’s growth is also showing no signs of slowing down. In particular, with the HS2 on the way, the city will become revolutionised. Despite being more expensive in comparison to the Northern Powerhouse, Birmingham is still much more affordable than London. Now is the perfect time to invest in Birmingham, as prices are forecast to rise by 24% by 2025.

It is worth noting the impact that the pandemic has had on buyer trends. Many tenants have been priced out of city centres, moving towards commuter areas. Consequently, demand is increasing in more affordable areas such as Liverpool, Sheffield, and Hull. As we are nearing 2022, these cities are all undergoing significant rejuvenation. Thus, demand will only get higher. For buy-to-let landlords, we expect rental yields in these cities to become even more appealing.