Known as the “City of 1,000 trades” and “the Workshop of the World”, Birmingham was at the centre of the Industrial Revolution with a rich history in manufacturing anything from brass to toys and buttons to jewellery. Today, Birmingham is not only the largest UK city outside London with a population of 1.1m, but also one of the country’s biggest financial and commercial centres.

For decades Birmingham struggled with its image. After being heavily bombed during World War 2 the city was rebuilt often using cheaper, modern materials with a mix of concrete ring roads, shopping centres and tower blocks giving Birmingham a ‘concrete jungle’ tag. The poorly built city centre train station, New Street, epitomised this label and was voted ‘the worst train station in Britain’. For many, the West Midlands city was a place that had little identity and was badly in need of regeneration. 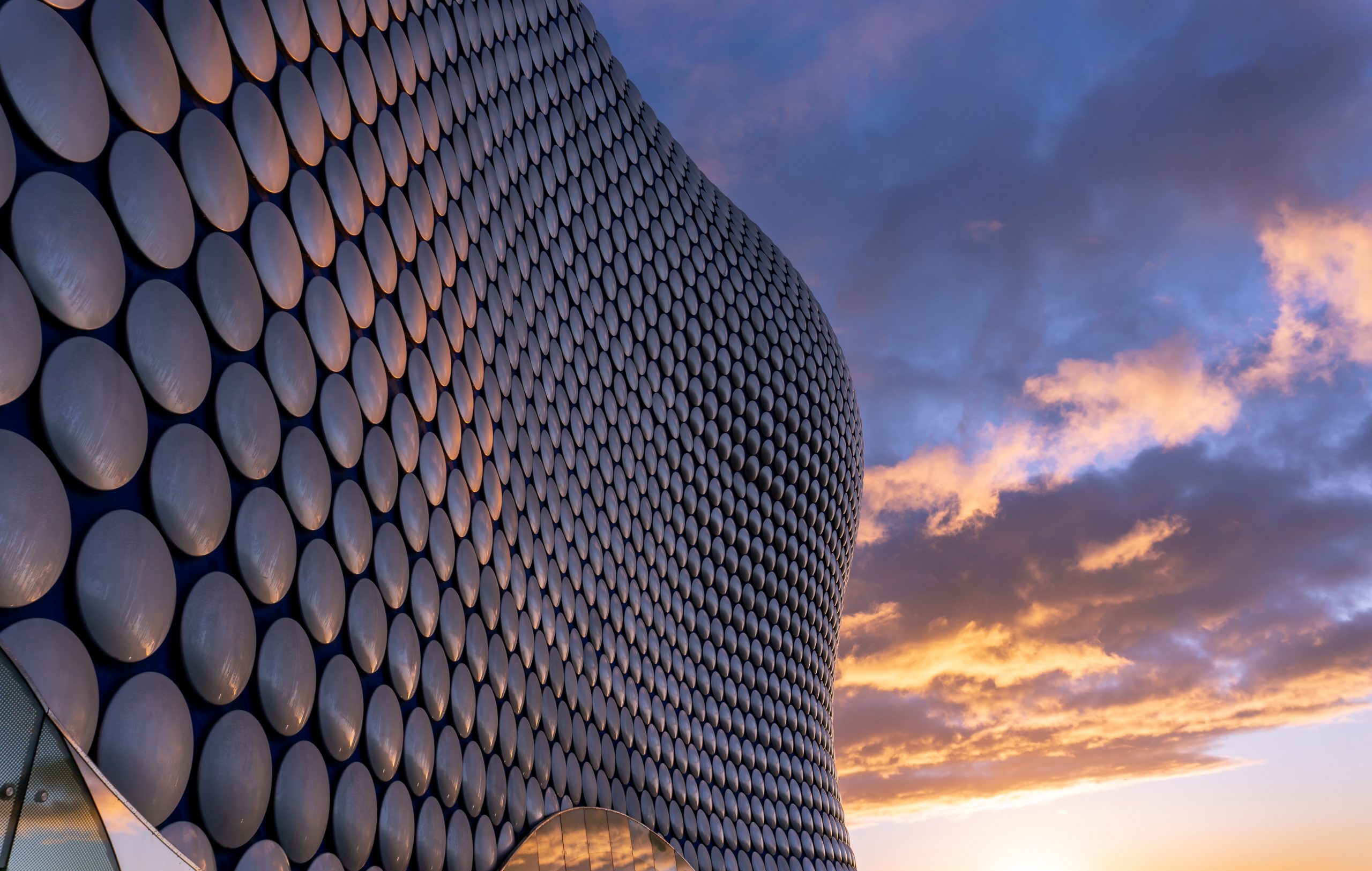 The Objectives of the Plan

From this need for rejuvenation, Birmingham’s Big City Plan (BCP), a 20-year city centre masterplan, was born in 2010. Its vision then, and now, is to encourage and support Birmingham’s continuing transformation into a world class city centre. It covers every aspect of the built environment, looking to regenerate and improve the infrastructure of the city centre. The ambitious plans include, amongst other things, the following: 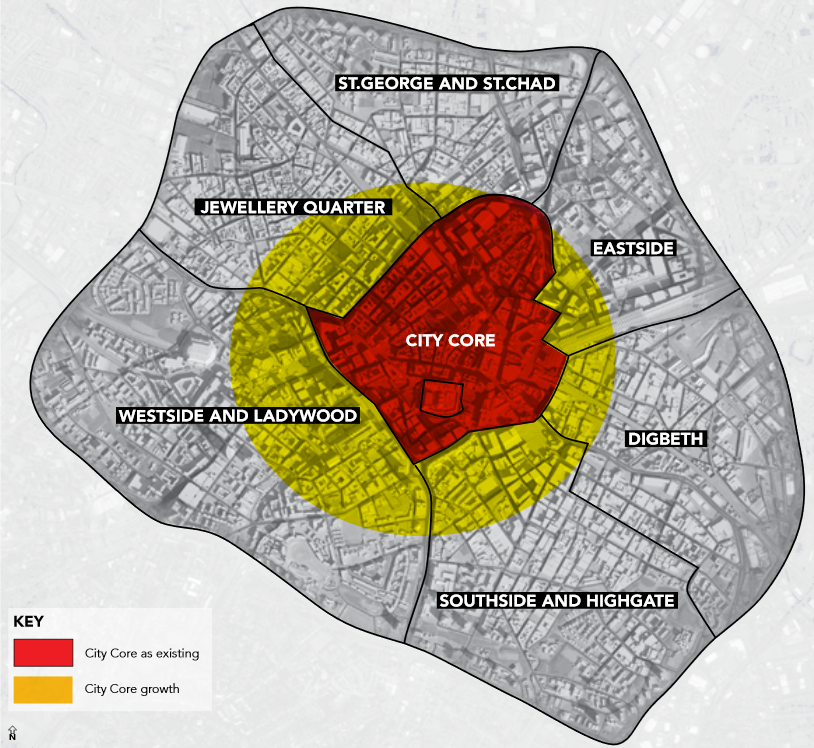 These plans were to be achieved through the improving of transport links and connectivity across the city, enhancing the architectural style and driving the creation of office space to lure companies to the city. Billions of pounds were pledged by the local council, Westminster and private investors for the development of key projects including:

A state of the art Library of Birmingham – £188 million city council investment creating one of the largest libraries in Europe in the heart of the city and underpinning the wider regeneration of the city’s ‘Westside’.

Midland Metro Line 1 Extension – £129 million extension of the Metro Line from Snow Hill Station to New Street Station, to be completed by 2015.

City Park – The £12 million City Park in Eastside, set for completion in 2012, will be the first urban park to be developed in Birmingham for over 125 years.

High Speed Rail – With the Government confirming its plans to bring High Speed Rail direct into the heart of Birmingham, with a proposed city centre station in Eastside.

A new City Centre Interchange on Moor Street Queensway – £12 million investment by the city council and Centro improving the bus system in the city centre.

The big question is now, a decade on, whether the Big City Plan has lived up to the high expectations set? The overwhelming answer is, yes. Birmingham has not only succeeded in reaching its objectives but has arguably surpassed them. The regeneration of the New Street train station has seemingly become the catalyst for the city’s rise. Unemployment is at an all time low, economic growth is far above the national average, wage growth is the highest in the UK, economic output is the highest in the country and the city has recieved the award for the top regional city for start ups for the sixth consecutive year. 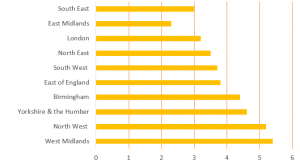 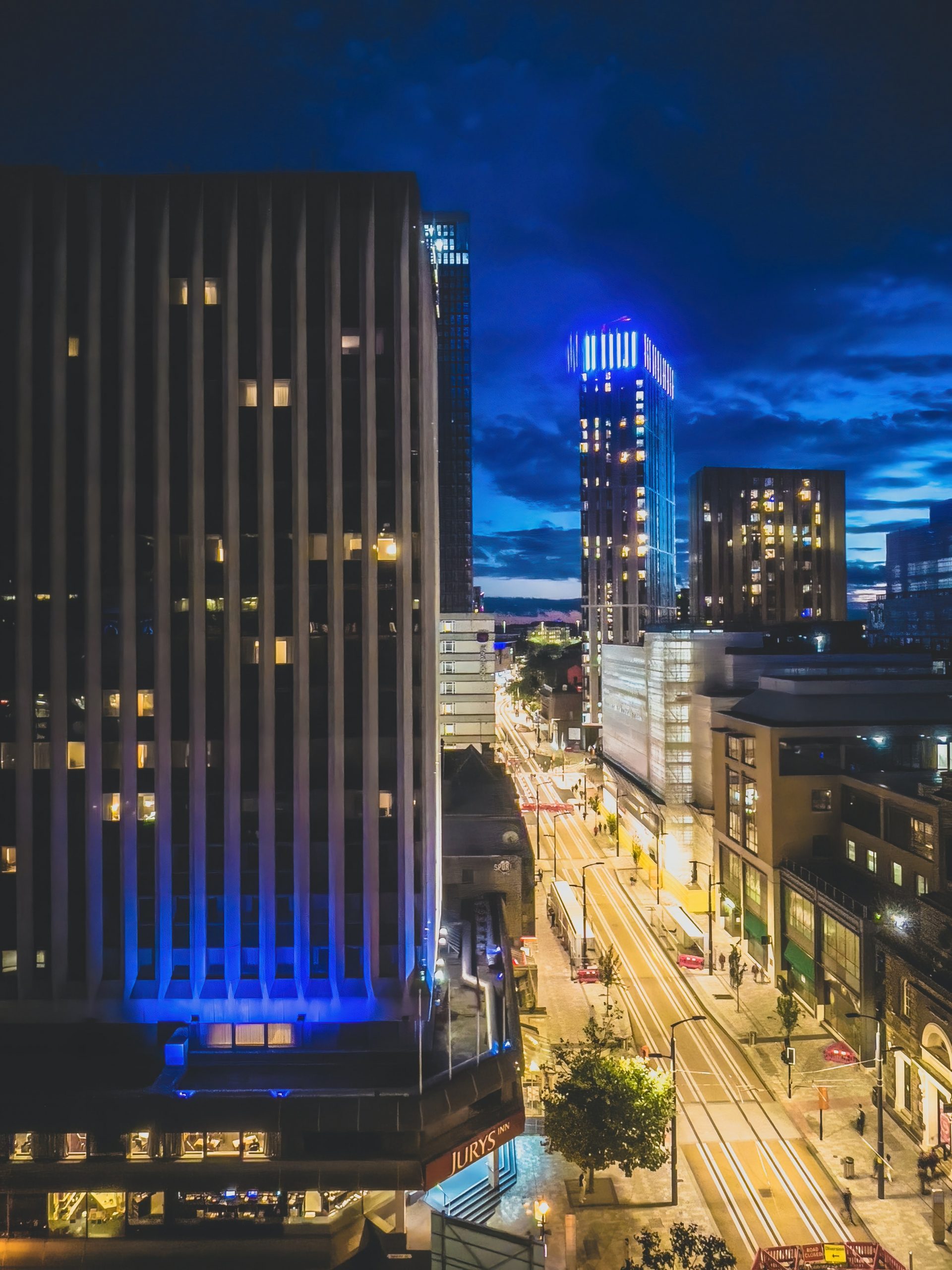 Furthermore, Birmingham’s regeneration, which includes the building of thousands of office spaces for workers, is attracting the big employers to the city. HSBC, PwC, Deutsche Bank, BT, Barclays, RBS, Linklaters, HS2 and KPMG are amongst the high-profile names to swap London for a more cost-effective alternative. This is coupled with more and more people moving or staying in Birmingham in search of employment, rather than moving to other UK cities. The Financial Times reports that in 2018, just over 19,000 people migrated from London to the West Midlands, compared with about 18,272 who moved in the other direction — a symbolic reversal of a decades-long trend.

Corporate Director for economy at city council, Waheed Nazir, who was at the heart of the regeneration stated “before you would have come to Birmingham, got out at New Street station and thought ‘no thanks’ and gone on.” This is certainly not the case anymore with not only workers deciding to relocate to Birmingham but also an increasingly high number of tourists starting to visit the city as well. This is surely only going to improve with the hosting of the Commonwealth games in 2022, further cementing Birmingham’s place on the map. 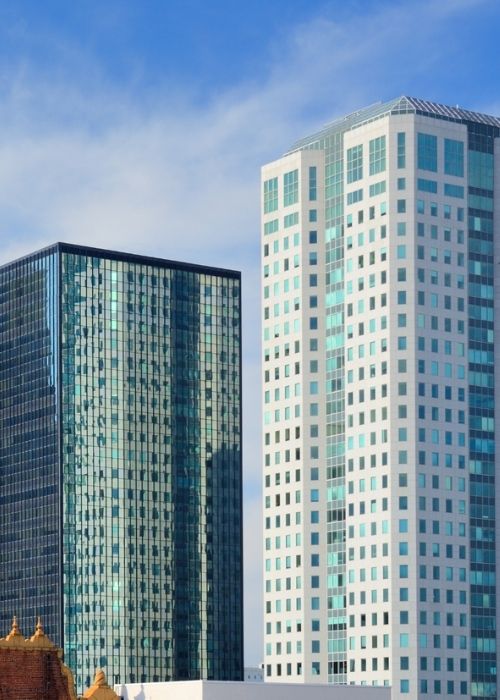 CityRise does not just focus on the quality of developments when choosing property investment solutions but also keeps a keen eye on the cities performance as well. Birmingham has undoubtedly impressed us over last 10 years and we believe it to be one of the most exciting investment cities in Europe. The ambitious Big City Plan was, at the time, the country’s largest regeneration project and very necessary in pulling the city up from out of the rubble.

All in all, the plan has been a real success story. Birmingham is a city that lies host to world class universities and creative industries, it has a flourishing digital sector and an expertise in business, professional and financial services, and the city has a wealth of opportunities in the pipeline. The Birmingham city-region is currently experiencing the highest inward investment outside of London, and its visitor economy is going from strength to strength. Birmingham has become a notable force, not just in the UK but around the world and it looks like things are only going to get better. With a central UK location, fantastic connectivity, a rejuvenated city centre and exciting developments in the pipeline, the UK’s second city is starting to live up to its name. 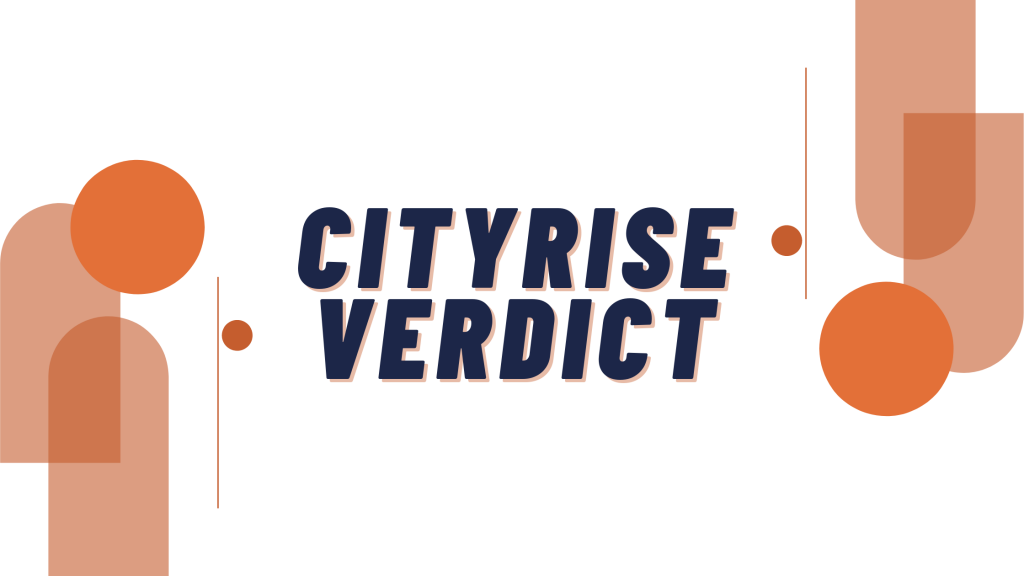