According to Nationwide’s latest House Price Report property prices have grown at the fastest pace for almost two decades.

These findings are despite dramatic inflation and a potential cost of living crisis quickly approaching boiling point. 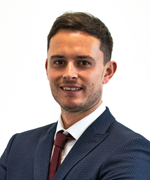 The monthly report has found that average property prices in the UK have increased by 14.3% in the last year. This has resulted in the cost of an average UK home now sitting at a lofty £265,312. An astonishing increase of £33,000 in just one year. In February there was a month-on-month price rise of 1.1%, the eighth consecutive month property prices have risen.

Rapid house price growth initially started in the middle of 2020 when estate agents reopened their doors after the first lockdown. Property prices are now 21% higher than they were in early 2020, a monumental and largely unexpected situation. 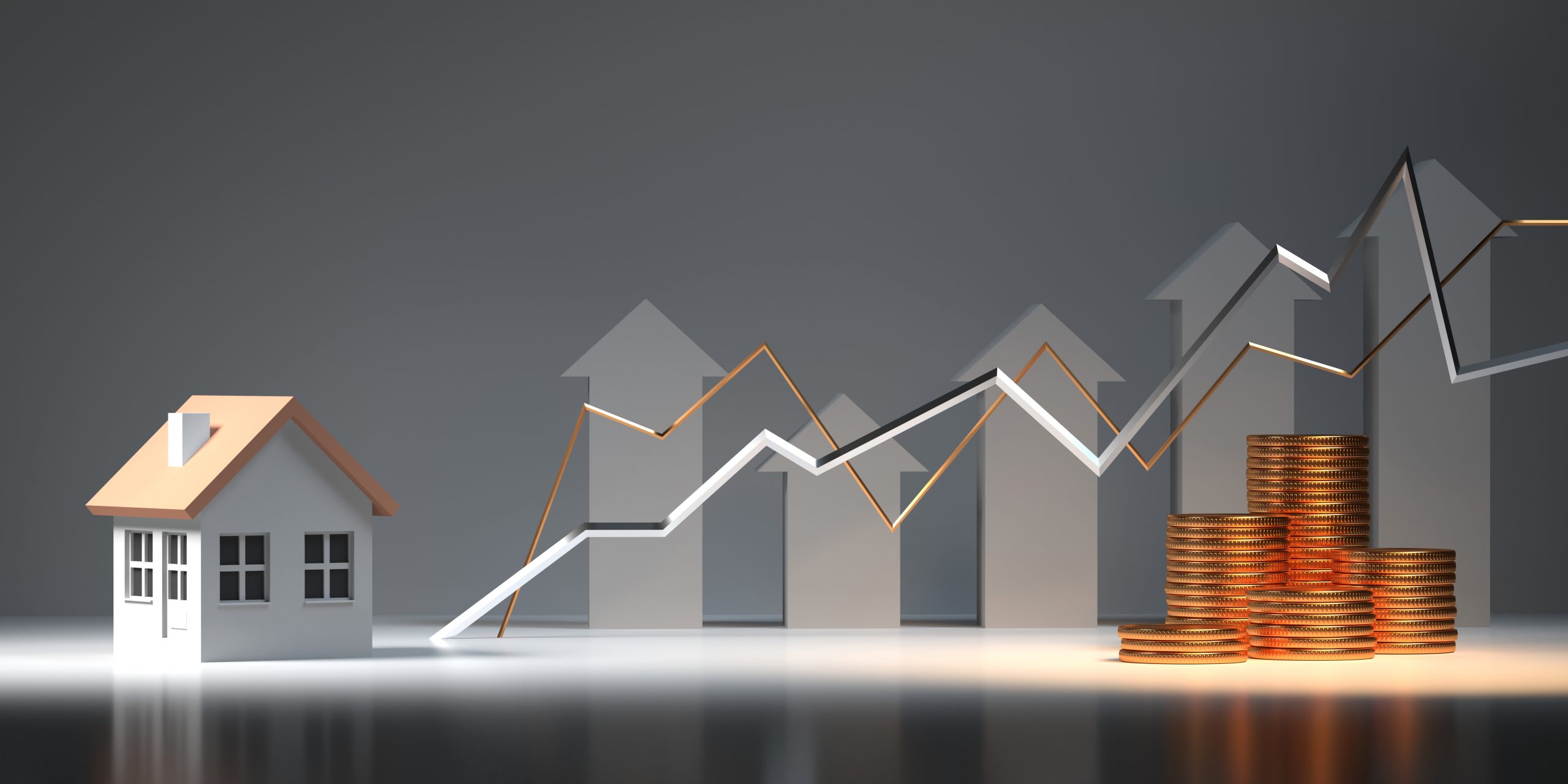 As you can see from the graph above, property prices have been rising consistently over the last two years. Many commentators are confused that this trend is still continuing into Q2 2022, with the cost of living rising the fastest it has in 30 years. It is a clear signal that there is a major supply-demand imbalance that property prices continue to increase in the face of growing costs of fuel, energy and food.

Nationwide’s Chief Economist, Robert Gardner reflected this sentiment stating, “The housing market has retained a surprising amount of momentum given the mounting pressure on household budgets and the steady rise in borrowing costs.” 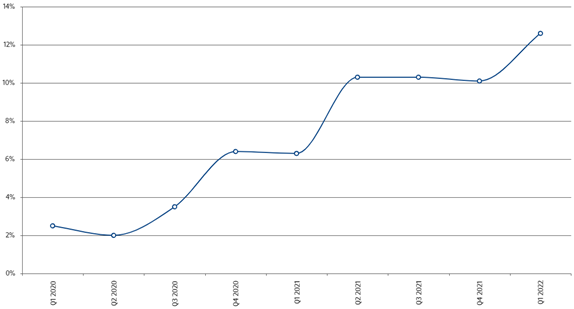 Why are Property Prices Still Rising?

The question on many people minds is why are property prices still increasing? It is most likely a mix of different factors. First and foremost, there is a distinct lack of property for sale compared to the high demand. Coupled with a change in buyer preferences during and after the pandemic, many types of properties are seeing extraordinary growth as people battle to purchase them.

In their report Nationwide point to the average savings households made during the various lockdowns due to spending habits. Robert Gardner explains “The significant savings accrued during lockdowns is also likely to have helped prospective homebuyers raise a deposit. We estimate that households accrued an extra c£190bn of deposits over and above the pre-pandemic trend since early 2020, due to the impact of Covid on spending patterns. This is equivalent to around £6,500 per household, although it is important to note that these savings were not evenly spread, with older, wealthier households accruing more of the increase.”

Where are House Prices Increasing?

Although almost all areas of the UK have seen considerable growth, there are some stand out performers. Wales was the strongest performers of the four UK nations with a year-on-year increase of 15.8%. Scotland saw a 12% increase, England with 11.6% and Northern Ireland with 11.1%.

As has been common over the pandemic with the shift of buyer preferences, London was the worst performer with a 7.4% annual increase. This is however an increase on last quarter where the capital’s annual price growth was only 4.2%. 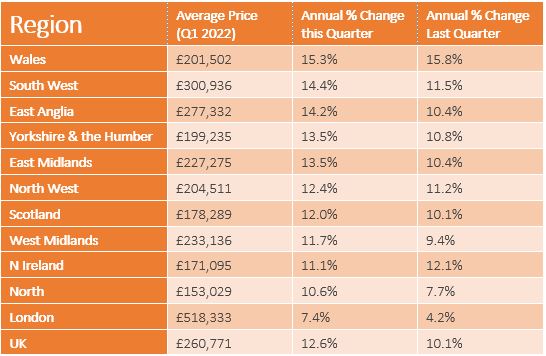 Will they Continue to Rise?

With the aforementioned cost of living crisis about to deepen this trend will undoubtedly be tested. It seems unfeasible that households could continue supporting this level of house price growth across the UK. Nationwide’s Robert Gardner believes the market is likely to slow in the coming months stating that:

“The squeeze on household incomes is set to intensify, with inflation expected to rise further, perhaps reaching double digits in the quarters ahead if global energy prices remain high. Moreover, assuming that labour market conditions remain strong, the Bank of England is likely to raise interest rates further, which will also exert a drag on the market if this feeds through to mortgage rates”.

However, we believe that any slow down will not be distributed evenly. As house prices in some areas of the country have reached boiling point others, especially those in the north, still represent great value for money. For instance, the average house price in the farthest northern areas of England such as Newcastle are still only £153,029. Investors will certainly be looking for the value in these areas over the coming months. 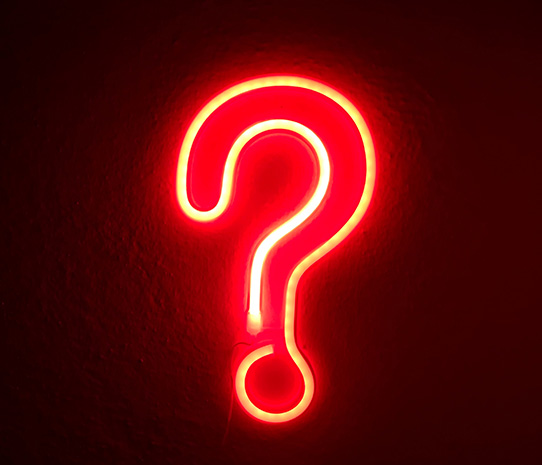