Please use your CityRise login to view this guide. If you do not have access, simply sign up by entering your details below and a password will be emailed to you instantly.

Birmingham, or as it is often called, the UK’s ‘second city’ is the beating heart of the Midlands. With a metropolitan population of 4.3 million, it is the second-largest city in the UK. Surprisingly, Birmingham is often overlooked as an investment choice, despite having by far the biggest urban economy outside of London.

However, the city has worked exceptionally hard to shake off its past industrial reputation. Thanks to its ‘Big City Plan’, spanning over two decades, Birmingham is well on its way to becoming an internationally recognised powerhouse. ‘Big’ is a huge understatement for this project, as it is one of the most ambitious and high-achieving development projects the UK has ever seen. Before we know it, Birmingham will be competing on a world-class level. Located a mere 100 miles from the capital, Birmingham is well within London’s gravitational pull. Property investors will benefit from the rising tenant demand, especially as connectivity to London will only get stronger with the introduction of the HS2. Hence, we are already seeing large corporations relocate their offices to Birmingham in order to reap the city’s benefits.

Download the CityRise City Guide on Birmingham to discover why UK’s Second City is proving to be a profitable property investment hotspot. 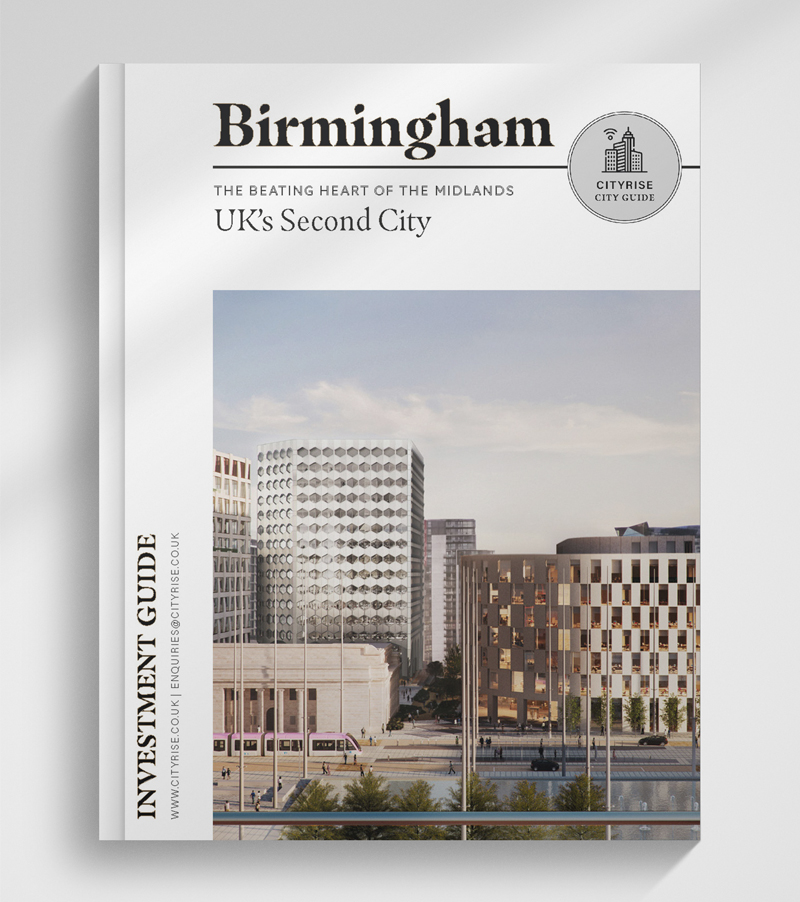