With 13 of the units only available to purchase by first time buyers on the Help To Buy scheme, Park Terrace was designed with the owner occupier market in mind. The brand new character conversion comprising of three blocks of six, two-bedroom apartments, is located in one of the most desirable area of Liverpool, Crosby. The classic red-brick design is encapsulating of Liverpool’s industrial heritage. The attractive Victorian features and large windows combine perfectly with Park Terrace’s russet and autumnal brown facade. Residents of Park Terrace will also benefit from private parking and a peaceful off-road entrance to these beautiful suburban apartments.

Inside, the interiors have been carefully designed to maximise space and light. The developer has chosen a complementary mix of calming cream with deeper shades to give the rooms a modern but homely feel.

Famous for its impressive beaches overlooking the Wirral and North Wales, Crosby is full of character. Recently named one of the best places to live in the country by The Sunday Times, Crosby is a thriving coastal town that is packed full of talented, independent creatives. A coveted commuter haven, perfect for those who value living in the great outdoors. Close to the beach, countryside, and the city – Crosby is the best of all three worlds.

It is easy to see why Crosby ranks top of the list as a place to live. With Liverpool just a short drive away, residents have the city centre amenities at arm’s reach. As far as commuter towns go, Crosby has to be a firm favourite. The juxtaposition of living so near a city centre but having some of the most beautiful beaches in the UK on your doorstep is baffling. But, to the residents of Crosby, it is everyday life. If you’re wondering just how accessible transport is outside of Crosby, it is a 20-minute, straight coastal drive. For those looking to commute by train, there is a direct train departing from Waterloo, which runs every 20 minutes. There are also a number of regular buses which can take you directly into the centre too.

Liverpool’s impressive property market presents fantastic investment opportunities across the city. Property values in this prime investment location have catapulted by 25.2% over the past five years and this figure is forecast to grow. Apartments have fared particularly well, increasing in value by 27% over the same period. While property prices are still staggeringly low, Liverpool has also been voted one of the best cities for house price growth by The Guardian.

Liverpool presents an affordable housing market, with some of the lowest property prices in the country. As a result of these low prices, Liverpool’s rental yields have skyrocket. In fact, Liverpool has an astonishing six postcodes listed in the 25 best areas for buy-to-let investment in the UK. It is no wonder Liverpool ranks as the best buy-to-let cities in the country. Affordable prices coupled with increasing rental demand positions Liverpool as an extremely attractive market to invest in. Property investors can expect to see attractive levels of appreciation as prices are significantly cheaper, especially in comparison to the Capital, London. Where the average price of a property sits at a lofty £648,942.

As Liverpool’s economy continues an upward trajectory, regeneration projects in the pipeline will only act as a catalyst to boost the economy and property market further. It is expected property prices will increase by a further 17% by 2025. Now is certainly the time to buy in this historical city.

Castlefield is quite simply a haven at the heart of the city offering a more relaxed pace of life – but you can be sure that, when the bright lights of the city centre beckon, you will always be close at hand

When it comes to cities reimagining the urban landscape, Liverpool instantly springs to mind. The city is undergoing an incredible £14bn regeneration led renaissance. From the iconic waterfront and creative district to the world-leading knowledge sector.

Over the next five years, Liverpool will deliver 10,000 new homes to tackle the housing shortage. The city will also welcome Everton FC’s new stadium, a brand-new cruise terminal, TV and Film hub and a revamp of 2 million sq. ft of commercial office space. Furthermore, to enhance accessibility in the city, a substantial £250m will be spent on redeveloping the road infrastructure.

With projects like the HS2 well underway, Liverpool will also directly benefit from improvement to connectivity and transport. Consequently, we can expect to see many more businesses moving to the city. Liverpool is a prime example of a regeneration success story, having completely transformed its image over the last two decades. Most notably, Liverpool ONE – a £920 million development spanning over 42 acres of the city centre. Now, Liverpool ONE is the largest open-air shopping centre in the UK. 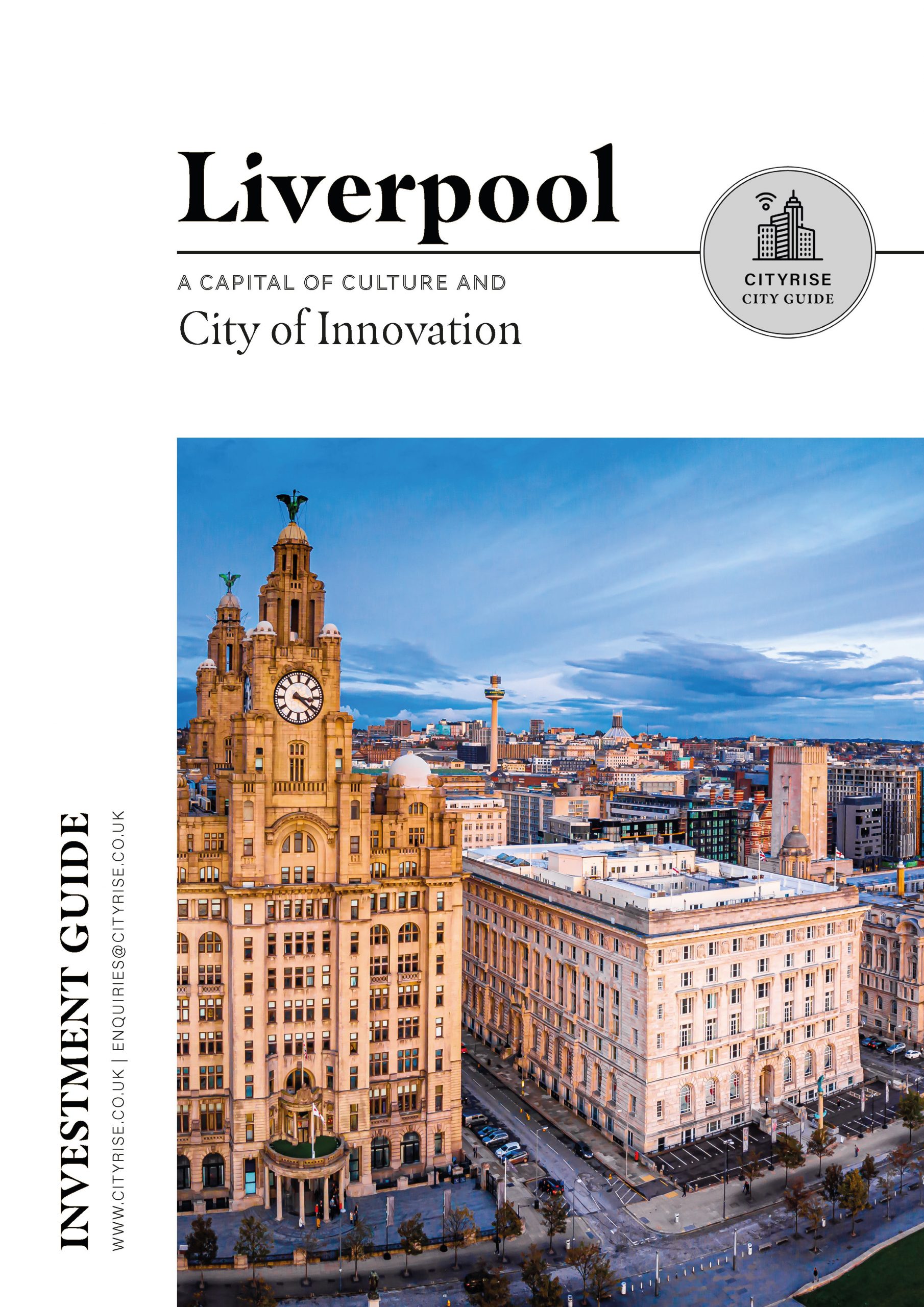