Regeneration is one of the best indications that a city is worth investing in. If you invest in a regeneration hotspot, you don't need to do anything in order for your property to grow.

It sounds too good to be true, but this is exactly why property investors should be looking out for regeneration hotspots. Regeneration projects are popping up in nearly every UK city. Some are minor, and others are multi-billion-pound projects that will transform the entire face of the city. Whether they are big or small, they will have a positive impact on the growth of your property.

Regeneration is the act of improving several aspects of an urban city. Generally, we tend to see regeneration hotspots appear in regions that have derelict areas, pollution, or brownfield spaces. They typically take the shape of improved transport, housing, office spaces, green spaces, and commercial areas. Often, they are funded by a mixture of public and private initiatives.

Regeneration projects massively improve the quality of life for its residents. Also, they encourage the economic and social growth of the city. Instantly, a regeneration hotspot will attract residents and businesses. In turn, drawing in more money to the area and increasing its overall GVA. 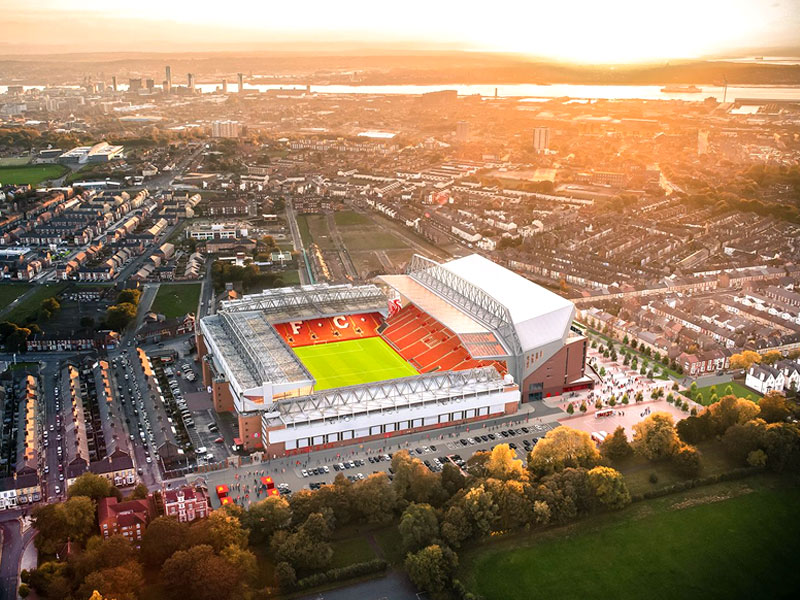 Why does it matter to property investors?

For property investors, strategically choosing a regeneration hotspot is possibly the easiest way you can see growth on your property. You can sit back and watch the surrounding area of your property grow. Businesses will be drawn to the city, which will draw in professionals seeking high-quality residential apartments. Often, in a regeneration hotspot, these residents will be looking to pay attractive rents. This will drive up demand, which will increase house and rental prices. Then, without you having to do anything, the capital appreciation of your property will soar. As your property grows, you can expect to see some of the best rental yields in the country.

Overall, regeneration hotspots become a much more attractive place to live and work. Urban areas are improved socially, economically, and visually. This is great news for those looking to invest, as high-paying residents will want to live there. According to research, properties in or near regeneration zones have 3.6% higher price growth per year than those in the larger local authority regions. 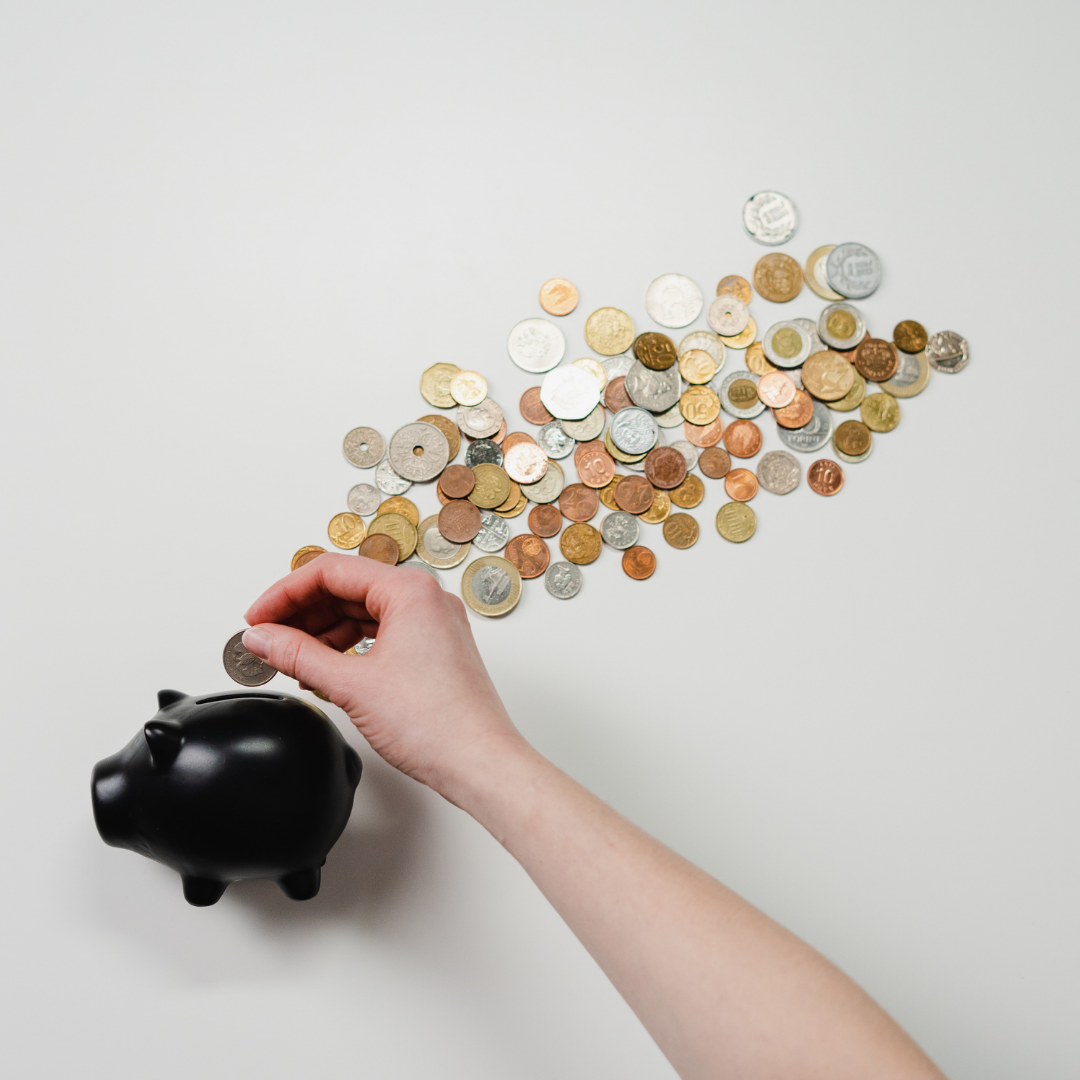 When looking at regeneration hotspots, Liverpool is by far the greatest example. Liverpool is a regeneration success story, as it has been completely transformed over the last two decades. Known for being one of the most affordable investor cities, this Northern treasure is a favourite for those wanting to keep prices low but returns high.

Of Liverpool’s major redevelopment plans, Liverpool ONE is the most notable – a £920 million complex and the largest open-air shopping centre in the UK. The project developed 42 acres of city centre space, and in turn, lifted Liverpool to be in the top five most popular retail destinations in the UK. Also, £2.2 billion is being injected into the development of Liverpool’s Knowledge Quarter – home to globally recognised assets in science and technology. As a consequence, the site is set to become one of Europe’s leading innovation districts.

As if that wasn’t enough, around £5.5 billion is being thrown into the redevelopment of Liverpool Waters. Set to run over 15-20 years, the regeneration will transform 1.5 million square metres by Liverpool’s infamous docks. In turn, creating new residential, commercial, and leisure spaces. The project will breathe life into the run-down dockland zones, allowing the city to reach new heights in its economic growth. It will compromise five distinct neighbourhoods: Princes Dock, Central Dock, Clarence Dock, Northern Docks, and Kind Edward Triangle.

As a result, now is a prosperous time for Liverpool. Investment opportunities are thriving, and the economy continues to skyrocket. The city’s profile is being raised, igniting plenty of excitement among UK and international investors. 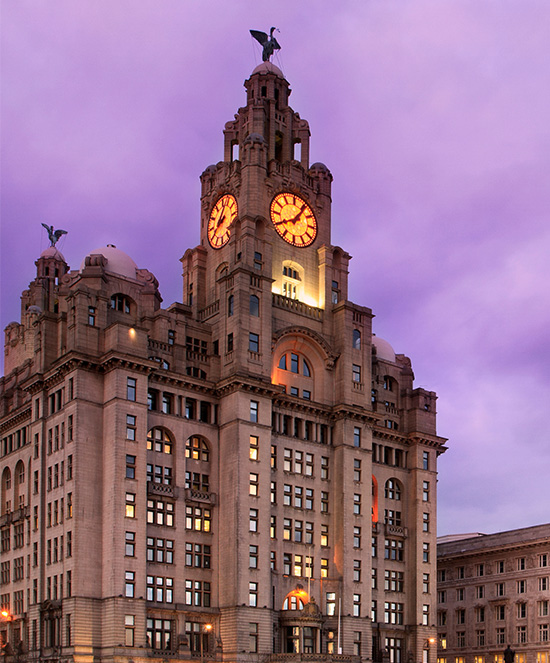 Birmingham has also changed its image to become one of the many prolific regeneration hotspots. Under its ‘Big City Plan,’ the city is seeing a golden age of regeneration. The UK’s second city is going from strength to strength, with regeneration projects totalling an eye-watering £10 billion.

The urban renaissance area, Digbeth, is set to receive a significant boost over the next decade thanks to two, once-in-generation projects. Firstly, the HS2 is projected to bring in £92 billion of economic benefits. It has already played a key role in attracting industry giants such as HSBC and PwC to relocate their headquarters. With a station located in the heart of Digbeth, the surrounding areas are set to be hubs for young professional demand.

On Digbeth’s doorstep, Birmingham’s Smithfield is undergoing a £1.5 billion project. It will create 3,000 jobs, 2,000 homes and 300,000 sqft of floor space. Providing high-quality living and leisure spaces for its residents, 14 hectares of Digbeth’s land will be reimagined. State-of-the-art transport links will support thousands of new jobs. Therefore, we can expect unprecedented demand drawn from the capital into this new, thriving city. 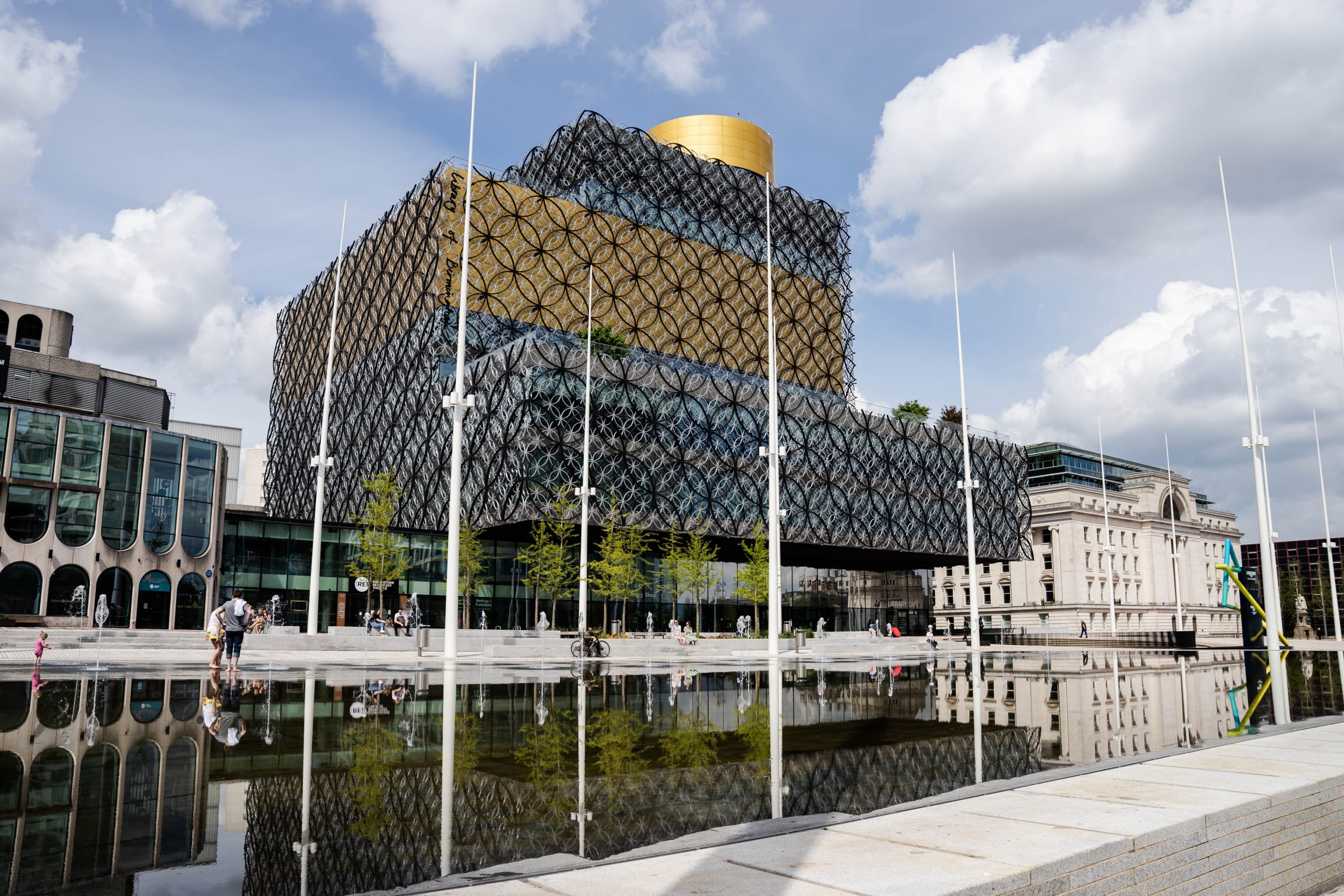 Set the double the size of the city centre, ‘The Southbank Project’ is a massive £500m regeneration project. At the size of 350 football fields, the project is one of the largest in Europe. The already fastest growing Northern city will see huge growth, creating 35,000 new jobs and 8,000 new homes.

The Climate Innovation District of Leeds will see the creation of 500 new, low carbon homes alongside eco-friendly leisure facilities – totalling a £125 million scheme. From an area of industrial engineering buildings, it will become a catalyst towards the creation of a progressive, green city centre.

Holbeck Urban Village is also seeing significant regeneration. Famously, the city is a magnet for creative industries. The Iron Works will be located in the centre – and will see the creation of 68 new, energy-efficient apartments, townhouses, and penthouses, as opposed to traditional tower blocks. Likewise, The Majestic is located in the heart of the city centre. The Grade II listed building was previously a derelict building from the early 1920s. Now, it serves as the national headquarters of Channel 4. Made up of 66,000 sqft of office space, the building will compromise six floors of modern, forward-thinking office space. The relocation of the Channel 4 offices is huge news for Leeds, as it will massively boost their digital creative sector and create hundreds of new jobs. 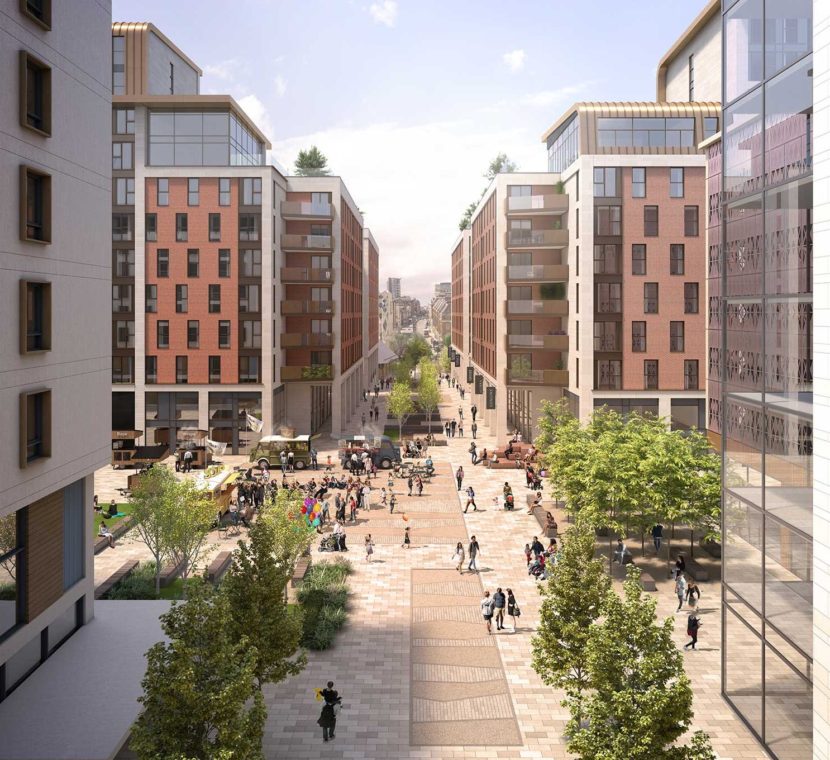 As we know, Manchester is performing exceedingly well in recent years. The North-West as a whole has experienced a huge property boom, which it largely owes to its mammoth regeneration projects. The creation of MediaCity has been a huge part of this growth, especially in the technology and digital media sector. It has been a haven for media employment and home to our TV favourites, such as ITV and the BBC. Before its regeneration, the area was a derelict industrial dockland. Since, the £1 billion expansion has made it one of the biggest media headquarters in the UK.

Another one of Manchester’s most significant projects is Spinningfields. Seen to be the ‘Canary Wharf of the North’, the project totals £1.5 billion, spanning over three decades. Now, it is home to over 150 world-class financial and commercial organisations. The building sits at 20 storeys high, making it the tallest office building in Manchester. Undoubtedly, this has been a huge catalyst for the growth of Manchester. 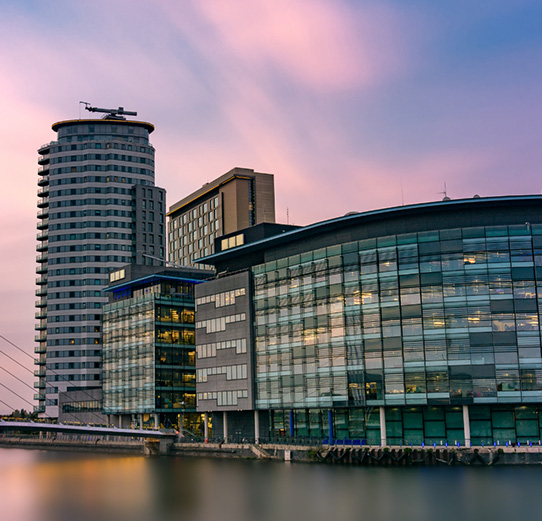 The Heart of the City II

After the completion of the first Heart of the City master plan, which saw the regeneration of the Peace Gardens, the Winter Garden, and St Paul’s Tower, Sheffield is now embarking on The Heart of the City II. Set to cost £1.5bn, it consists of 1.5 million square feet of redevelopment. It includes leisure facilities, quality urban living, public spaces, and premium retail units. The scheme will create between 5,000 and 7,000 new local jobs – a definite tick in the box for any investor looking for an area with rising tenant demand.

The award-winning Grey to Green scheme will transform Sheffield. The city has become a blossoming Green City, with the creation of floral meadows, art installations, cycle lanes, and innovative sustainable drainage. The council have also approved the Kings Tower development which will span 39-storeys high. Also, the regeneration extends to Sheffield University’s Faculty of Social Sciences. Improving university facilities will eventually attract more students to the city, increasing rental demand. 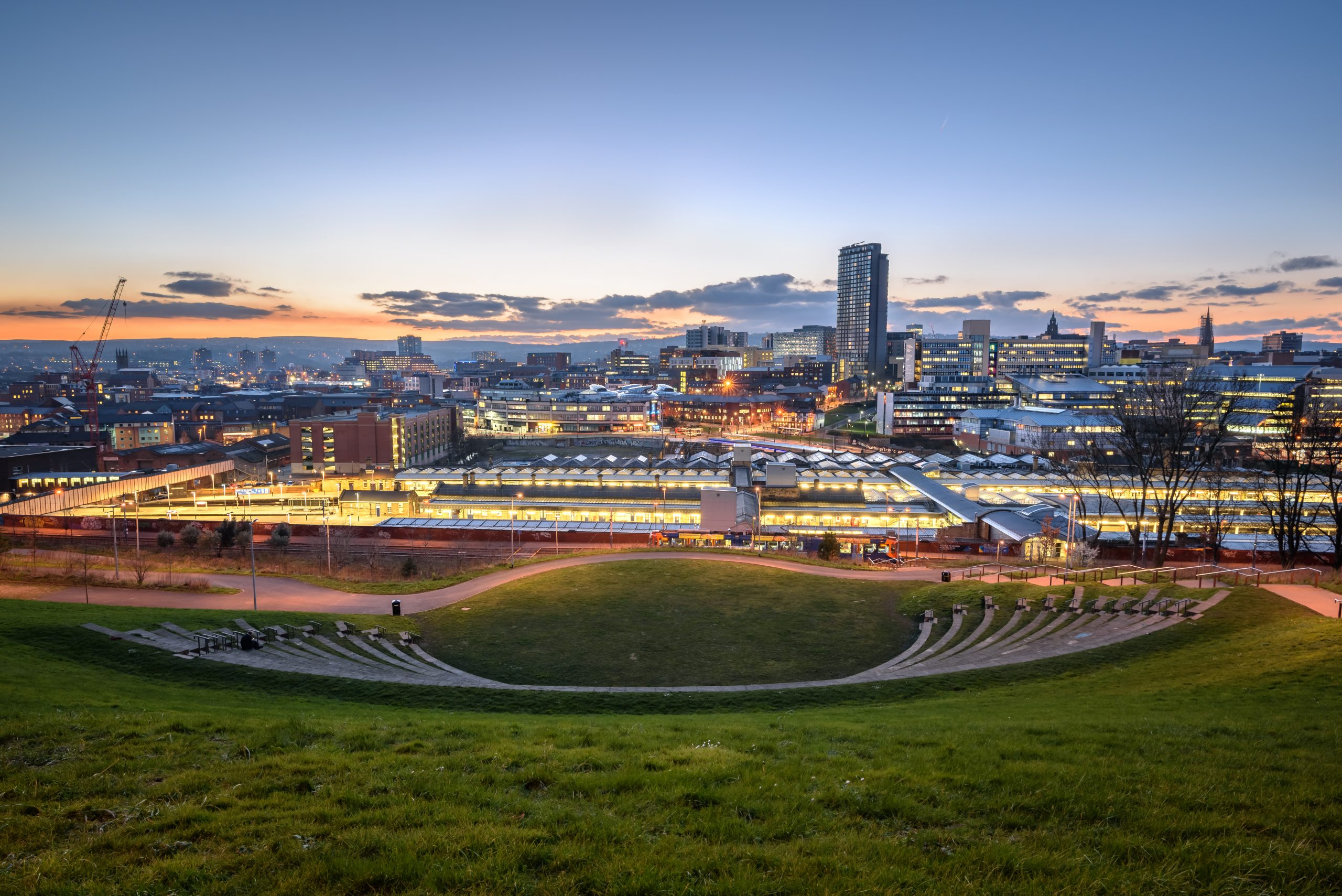 Without a doubt, regeneration remains one of the most important factors if you want to see significant capital growth on your property. These cities are all great examples of the impact regeneration can have on property prices. For example, property prices in Manchester have increased by a staggering 344.59% over the last 20 years as a direct consequence of regeneration projects in the UK.

If you were to invest in an emerging area, you will be able to secure an affordable property that will see significant capital growth. Liverpool is a great example of this, as a property is £100,000 cheaper than the UK average. However, we can expect these prices to skyrocket once the expansive regeneration plans are complete. Therefore, as an investor, identifying these up-and-coming, regeneration hotspots can be a fantastic way of growing your investment portfolio. 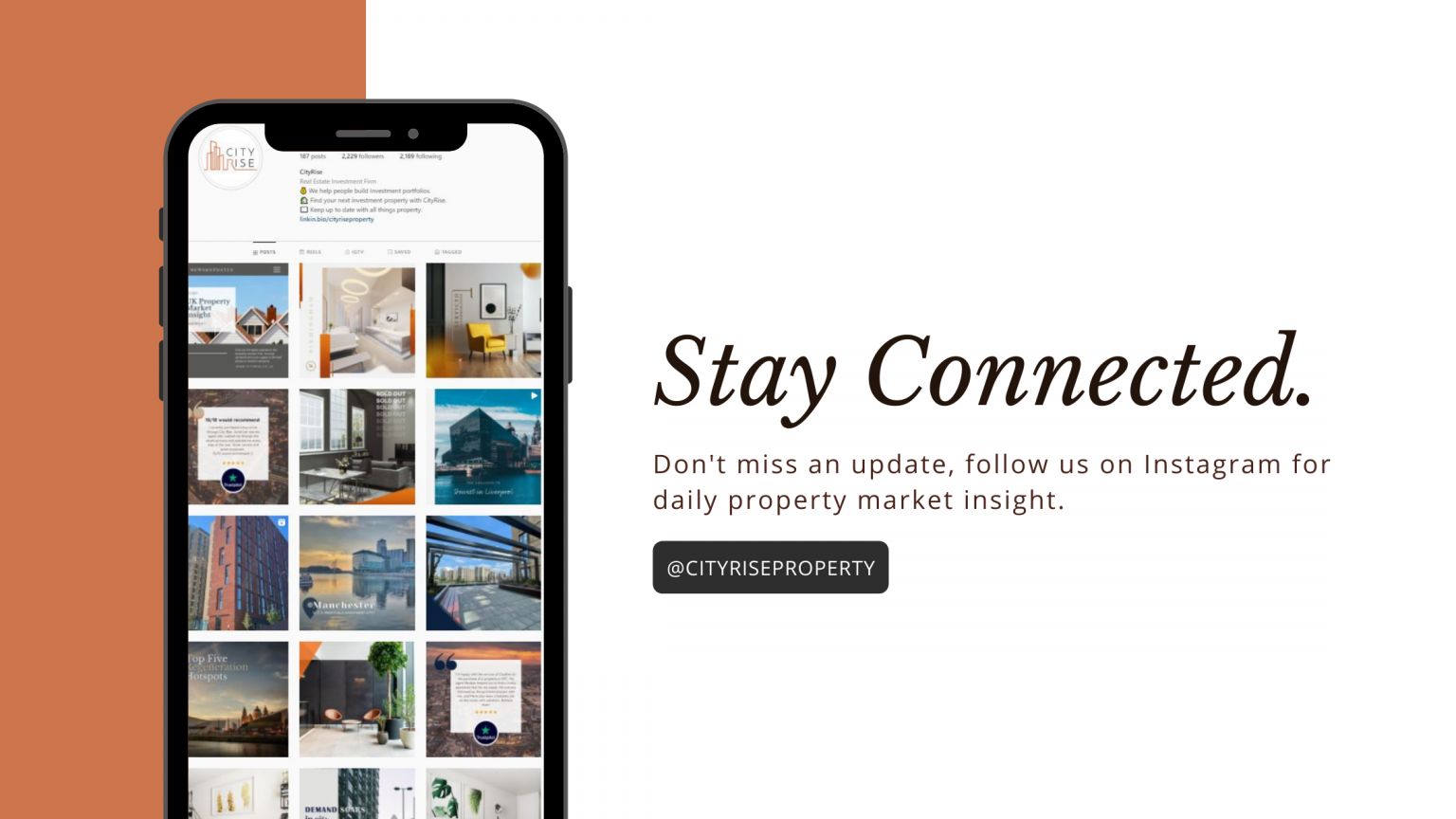