If we look at the complete picture of the property market, Manchester is climbing the ranks as a top performer.

Over the decades, Manchester has transformed into the Top Entrepreneurial City in the UK from the first Industrial City in the world. This pioneering city boasts many opportunities for expert professionals and property investors alike.

Manchester outperforms many cities in the data, media, MedTech and eCommerce industry. In addition, there are many cross-industry opportunities for professionals to collaborate, from healthcare, and legal services to creative media, digital and technology sectors. The city has revolutionised over the years, from being a key player in the cotton industry to becoming the economic powerhouse of the North. Manchester property has also benefited massively from the success of the city.

Once an industrial hub, the Manchester Ship Canal has transformed completely boasting an unrecognisable brand-new façade. MediaCityUK is a modern and vibrant district with a bustling core and is home to the media and broadcasting industry.

Manchester is a national employment hotspot, home to acclaimed businesses including the ITV studios, BBC, and Kellogg’s. In addition, Spinningfields has showcased exceptional growth and has taken the title, ‘Canary Wharf of the North’. As a result, key businesses such as PWC, Deloitte, HSBC and Barclays have moved their main operations to the city. 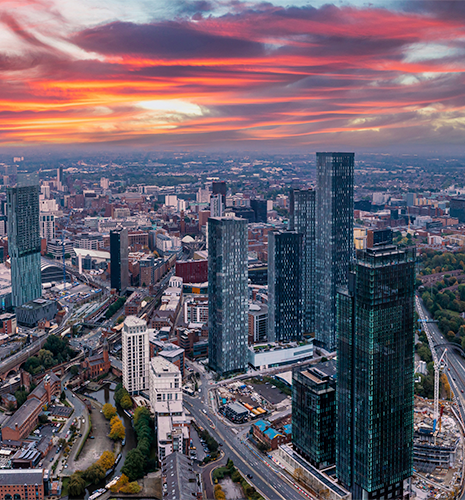 Manchester is a vital player in the North, and the extensive levels of regeneration schemes have elevated the city to its status, showcasing the most robust economy and property market outside of the Capital.

In the 1980s, the city witnessed a phenomenal post-industrial decline, and the population and number of full-time jobs plunged. During this time, the North and the South divide became exceedingly noticeable. The growth of London was unprecedented, one that many thought would leave the North far behind. Nevertheless, in more recent times, the North, primarily the city of Manchester, has pushed the city to the forefront. In turn, this has caused the North and South divide to narrow.

In recent years, as life in the South grows remarkably expensive, much of the population is escaping to the North. However, the mounting prices in the southern region are not the only factors triggering people to relocate. Most notably, it is the increasing desirability of the Northern region. In 2009, only 1% of the people leaving London moved to the North. Nonetheless, this has now inflated to 13%. Manchester is a much more affordable location, especially for working professionals and businesses. 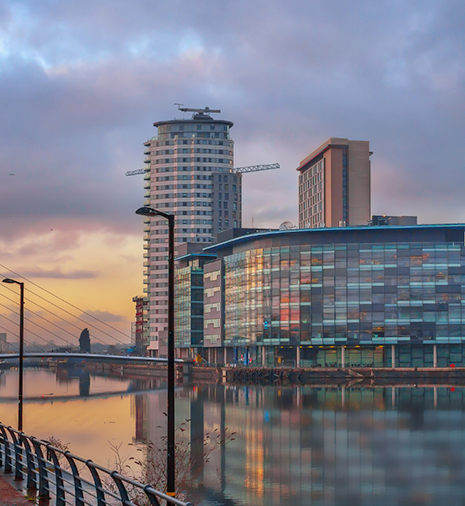 Initially, the HS2 expansion was due to cost £40bn, but the project will now cost £106bn, connecting Manchester to London, Leeds, and Birmingham. As a result, travellers will reach Manchester Airport from London in just 63 minutes. Ultimately, the HS2 line will slash travel times. This remarkable advancement will positively influence Manchester property prices.

Over two decades ago, Manchester hosted The Commonwealth Games. The Games served as a stimulus for the city with a significant investment of £100m. The investments led to the creation of new homes, business districts, transport links, and so much more. Following the successful schemes which unfolded throughout the city, further regeneration projects took place, boosting Manchester’s property scene.

Manchester’s property market is thriving with numerous people moving to the area, propelling rental demand to levels higher than predicted. The metropolitan population of Manchester has hit 2,770,000! The population will only increase, boosting housing demand and the need for quality rental accommodation. Therefore, the elevated levels of housing demand will maintain the current supply and demand imbalance. In summary, this is positive news for landlords and investors, as increased competition in the market will boost Manchester property prices and rents.

Current trends show much of the younger population is migrating to Manchester because the city offers a parallel lifestyle to London, but without the weighty price tag. Manchester boasts an array of job opportunities and high-quality accommodation. Furthermore, the reputable University of Manchester has one of the best graduate retention rates in the country at 51%. In addition, the university attracts many overseas students, and the university population is one of the largest in Europe.

Rental demand in the vibrant city has also hit a record high. As a result of inflating demand and further competition, rental yields have risen tremendously, showing no signs of slowing down. Manchester’s property market is highly desirable and profitable. However, because of the supply-demand imbalance, renters have few choices. Although the inflating prices may be frustrating to tenants, they are alluring for property investors. 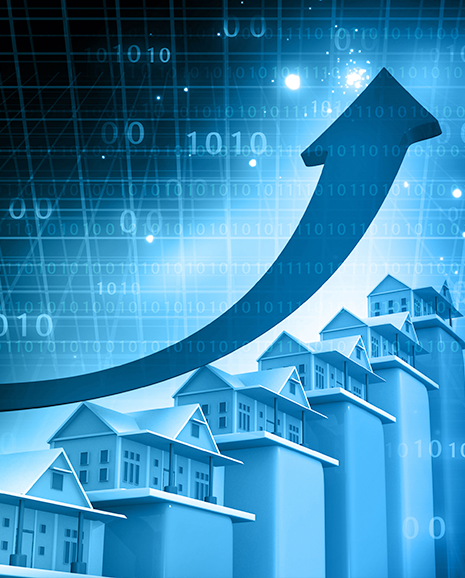 Manchester property prices and prices in the Northwest are growing at some of the swiftest rates. According to Zoopla, average house prices have grown by 8.7% this year compared to 2020. By 2024, prices will inflate by over 27.3%. To illustrate, this is 7% higher than the national average. In London, rental yields have also declined to around 2-3%, whereas the average in Manchester sits at 6%.

According to Zoopla, the average UK house price has now increased to £312,201. The average prices for Manchester are shown below, these figures are an average of properties across Manchester, from the city centre to more suburban areas. In contrast, prices in London sit at an average of £734,698! So, as an investor, you can secure a property in Manchester for a fraction of the price and still generate higher yields and significant returns in the future as your property appreciates in value.

With the extensive regeneration projects underway, the capital growth potential in Manchester is unrivalled. The Manchester Investment Guide covers all you need to know about investing in the city and how you can maximise your potential return on investment.

We do not list all of our investment opportunities online, so please chat with one of our Investment Consultants if you are looking to invest in a specific location. We have just launched a brand-new waterside development in the heart of Manchester’s city centre. The high-yielding development features spacious one, two and three-bedroom apartments. Enquire today for more information, or schedule a call with one of our Consultants. 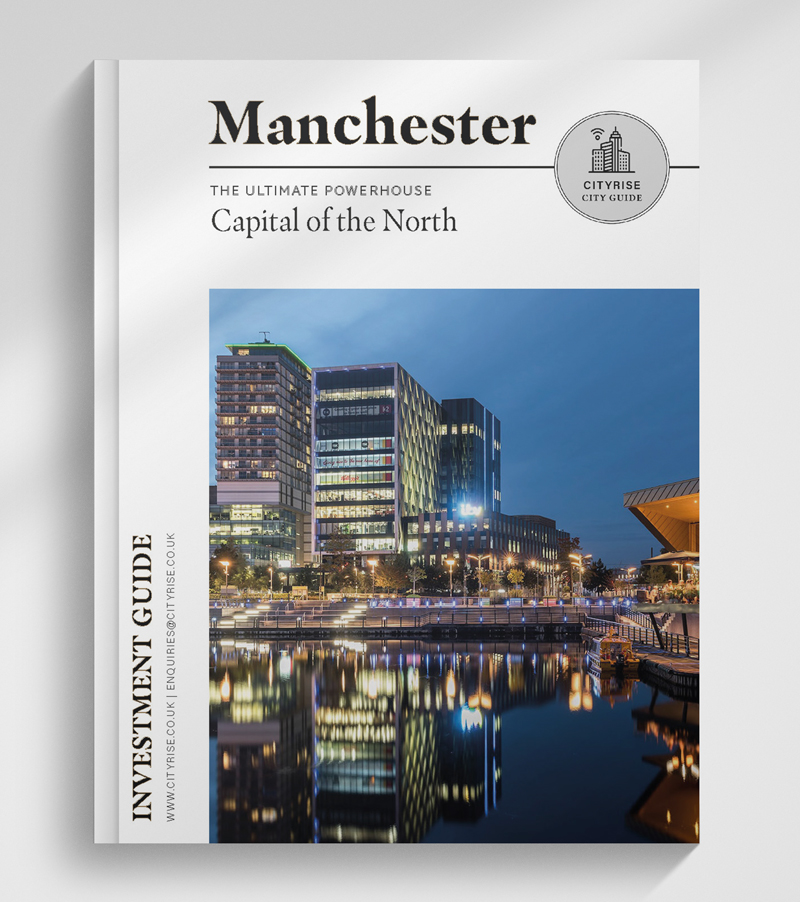 The Birmingham Commonwealth Games 2022 kicked off